HI, my name is Tiff. I’m 18 years old and I’m a recovering anorexic.

What an introduction…in fact, not really how you’d expect someone to introduce themselves.

I’m writing this from a hospital room – my 4th hospital admission due to anorexia. And I’m determined to make it my last. What happened on the previous three admissions? Didn’t they work? Well…let’s just say that after each admission came a series of relapses, each one worse than the previous one. But…this admission, it’s different. This time I’m realizing that my eating disorder doesn’t define who I am – all the lies my eating disorder has been telling me; that I was fat, unworthy, and worthless etc…all those are just lies.

You see, God created us in His likeness. He wouldn’t create something worthless or without beauty, right? It’s a lot like something my dad would often say whenever my younger brother, Stanley, and I would tease our little sister, Melody. By calling Melody ‘dumb’ or ‘weird’, we’re not only insulting her, but we’re also technically insulting her parents. Because it’s the parents who bore the child, hence the child would be born in the likeness of his/her parents’ right? So when we put down ourselves, calling ourselves worthless and ugly…are we also insulting God? After all, we are all created in His likeness.

*I really hope that analogy made sense….*

Anorexia and faith. They’re fundamentally incompatible right? Is it possible to be led by the morals of both?

The answer is simply: NO.

A very common remark made by people with anorexia is that it stems from the need for control. When you feel as if everything in your life is going out of control – work, school, family etc. – you urge to get a grip of something/anything you can control. That would be food; and your entire mind is set on it.

Faith on the other hand contradicts the ‘morals’ of anorexia. God calls us to surrender ALL control over our lives to Him for His purpose (insert bible verse). Now you see why anorexia and faith cannot co-exist.

I’m going to try my best to describe anorexia in a way that is hopefully easy to understand. Anorexia is a manipulative illness, like a clingy ‘friend’ that demands your full attention. Slowly she sneaks into every little part of your being – before long she has completely taken control of you. Anorexia has now become the only thing you know in life – a false god you worship not by choice, but rather out of fear of disobeying her. She insists that she is all you need in life to be happy, your only friend. Anorexia feeds you lies day after day, distorting your thoughts and your entire view of the world.

Here I am, 18 years old and stuck in the body of a little girl. Through all my hospital admissions, I’ve come to realise that God had been trying to lead me out of that ‘little girl’ state and into His purpose for me in life. Yet each and every time, anorexia would grab hold of me and drag me back to a childlike, helpless state – I’d relapse. I wasn’t a child of God, I was a scared, helpless and insecure girl, scared of growing up. Now I am slowly beginning to break free from anorexia’s grip upon my life – and truly start to see myself as a child of God, His daughter.

God doesn’t want us to suffer. Anorexia does. Choosing recovery and letting go of anorexia was (and still is) going to be one of the hardest decisions in my life. But the reward at the end? Reclaiming your relationship with God, and His unconditional love. God never had and never will leave your side. He is ALWAYS there waiting for you to return to His side with open arms.

By Tiffany
Currently studying in Australia 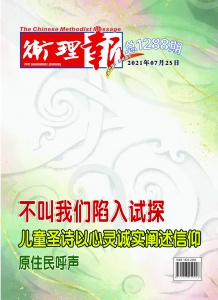