Her grandfather was a rich landowner who on his 88th birthday looked from the front gates of his house and surveyed his property. “To his happiness he realized that he was the proud owner of all the land that he could see!”

Sister Ping King lived in a huge house with 24 rooms which could accommodate comfortably all the extended family of the Tiongs. And literally there were 5 generations of them living under one roof, which was a dream not many Chinese men could achieve.

The household was completely self sufficient, with their archers who hunted for game and to amuse the members of the family, farmers to plant rice, millers to mill flour, weavers to produce cloth for all. Besides, her grandfather owned horses, cows, buffaloes, large farm lands and forests. Their land was fruitful and there was abundance everywhere.

She remembered that when poor people turned up at their doors, they never left the house empty handed. Her grandfather made sure that they had basketfuls of rice to bring home.
Her love for reading came from her father who was a judge and a well read man. According to her, in all the days of her life, in China, in Taiwan and in Sarawak, she was she was never “far away from books”. She had cultivated from a very young age the love to teach others and making sure that reading should not be denied them.

Upon graduating from secondary school, she was given a choice to attend a university in Peking or Taiwan. However she was not to make the choice herself. While on holiday in Taiwan, the Communist takeover in 1949 changed her life forever. Those were difficult but determined years for her.

She did part time editing work with newspapers and gave tuition in order to complete her law degree. She was filled with sadness because she knew she would never see her family again. Her father had died even before she completed her degree.

Marriage
While at university, she met a fellow Foochow, a medical student, from Sibu, Sarawak. She did not even know where Sarawak was!! However, soon she found Dr. Tiang Lee Liang, very ideal for a life partner. He was quiet, sincere, down to earth and very scholarly, so much like her father and grandfather.

When they graduated, they got married and it was not surprising at all that she was determined to leave all behind and to move forward and make her new home in Sarawak in 1959.

This was her second great move in her life from quiet Pingnan. It would take her thousands of miles away from home.

Teaching in Methodist School Sibu
She knew that she could never practice Chinese law in Sarawak. So she took up teaching of Chinese and Chinese literature, when the job offer came up. Besides teaching she was interested in helping students take part in Chinese speech competitions and quizzes. For many years she kept the academic results of Chinese at a very high standard. When the medium of instruction was changed to English in the 1968 she was still able to cope with her Chinese subject work load and retain her beloved career. The Management helped many Chinese educated teachers to remain in the school until they retired at the mandatory age of 55.

Retirement
Before she retired in 1987 she shared some of her thoughts with her colleagues and friends. She said, “I will read, listen to music and paint. I have always loved flowers and I will re- cultivate my garden which I have abandoned for some time. Perhaps I will take up karate again!!”

She said that there won’t be any dull moment in the later years of her life.
One of her favourite topics of conversation and discussion was “women”. According to her, women should play a greater role in the improvement of our society. Educated women should help the less educated ones. While the home was an important part of a woman’s life, a woman, if she had the capabilities, should do some charity work in order to improve the community. Those who had leadership skills should take up political careers to balance the work of men who may ignore women’s interests and rights.

She even suggested that men should be “re-educated” as many men did not and could not accept women’s opinion. It was very sad for her to observe that some husbands even belittled their wives in public. Men should no longer behave like feudal lords, treating everyone else as lowly beings. She said that there were more benefits in the society when men and women lived in harmony and equality.

She felt that since she had no blood relative in Sibu, she had achieved what many other Chinese women could not achieve in Sibu. For all the 27 years of her teaching in the Methodist Secondary school (1960 to 1987), she felt that she had made an indentation in a closed knit society. She had done her utmost best as a Chinese language teacher, instilling good Christian values, respecting all mankind and love for humanity.

She had no regrets coming to Sibu, Sarawak. Although she could have been a judge or even an ambassador in Taiwan, she had successfully turned herself into a beloved and outstanding teacher and a humble housewife. She said she could not have liked anything else better.

She and Dr. Tiang had two children, Grace Tiang Tien Ee and Tiang Ding Ga.
By Chang Yi, Grace Methodist Church
(Based on an interview I did in 1987 for the Methodist School Magazine “The Hornbill”, before her retirement.) 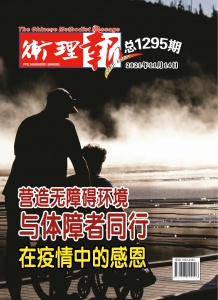