Tie King Tai is from Sibu and studied in USA. He spent 10 yearsin USA including four years of pastoral attachment. However he chose to return to Sibu. In US he was ordained as a pastor in the American Chinese Church, but SCAC recognized that as only one year of pastoral experience, and so he had to be ordained again after returning.

He returned to Sibu at the end of 1986 and joined SCAC in 1987. In 1992, he was ordained as an elder pastor. He shepherded churches in Sibu and Kuching and later became the District Superintendent of Kuching. In 2000 he was appointed the full time lecturer and Director of Field Education of MTS, Sibu. In 2001 he was awarded Doctorate of Ministry from the Dallas Theological Seminary majoring in Homiletics. From 2006 to 2016, he served as Principal of the MTS. In other words, Rev. Tie involved in direct pastoral ministry for 13 years (if including those years in US itshould be 17 years) and taught in MTS for 17 years.

Speaking on the direction of the church, he believes that the church should speak with a louder voice and follow the teachings of the Bible: be righteous, compassionate and humble walking with God (Micah 6:8). The church can encourage more members to participate in various social concerns and become the third force as well as playing a prophetic role in this critical era!

Being elected President, what visions does Rev. Tie have for the next 4 years? Chief Editor of the Chinese Methodist Message Wong Meng Lei had a face to face talk with Rev. Tie. (Q: Wong Meng Lei, A: Rev. Tie King Tai, the new President)

Q: How do you feel about being elected President of SCAC? You were elected with a two-thirds majority, also meaning a third of the delegates did not support you, how do you feel?

A: Actually this year is the election year, before the annual conference many pastors and members had been discussing this matter, but I have been calm all this while.
For a third of delegates who did not support me probably because they wanted a younger leader, I can understand that. But SCAC is a united church, I am sure they will accept the outcome. Instead of wasting time on opposing, changing of mentality is more important.

I had been in a similar situation in the past to vote for someone who was not elected, but I quickly adjusted my mentality and accepted God’s will be done.

A: For the past years Malaysian Christians have been facing various political pressures and persecutions with issues like prohibition of using “Allah” and copies of the Bible being seized and other events. However because of these challenges, Malaysian churches have been united unprecedentedly and are concentric in our efforts. This is after God’s own heart. Whether we had expressed our stance through open statements or the media these are actions which are righteous, compassionate, humble and walking with God. Comparing to the East Malaysian churches, the West Malaysian churches have been more discontented and had to take to the streets. I personally feel that the Church should become the third force playing the role of a prophet and organize prayer meeting on a big scale. In fact, the M24/7 Pray for the Nation Movement for the past two years had shown us encouraging results, for instance some crimes have been uncovered.

As a church we have to stand firm in our faith and meanwhile be witnesses in our daily living and our workplace. Of course, brothers and sisters can also participate in some legitimate democratic movements. I also participated in the “BERSIH 3.0” sit-in, but the recent “BERSIH 5.0” seemed to have been hijacked by political parties and is no longer a “pure” campaign for fair and clean elections. Thus I did not participate this time, but I do not object to church members supporting and taking part in social movements. Therefore, I believe that it is better for the church to focus upon prayers; you can express dissatisfaction through prayers and ask God for injection of new strength.

Q: In the new president’s installation ceremony you said that you wanted to fast and pray for three days like Queen Esther, and you also invited brothers and sisters to join you. What is your new vision after the fast?

A: I said in my installation ceremony that I have nothing. So I came to God with nothing but asking Him to use me to accomplish His purpose. In the Old Testament, Esther held on the attitude of “not afraid to die” and “look only to God”. I am glad that about 150 people joined me in the three days of fasting and prayer; there were pastors and members as well as pastors from overseas.

To this end, Rev James Lau set up a handphone chat group “Esther Prayer Network” allowing all participants to reflect upon their thoughts daily. Some even proposed to organize this Esther’s Fast once a year.

Q: Can you talk more about working with indigenous people churches in the next four years?

A: I still have no clue on how to cooperate better. In view of my experience in MTS I would wish that they will push harder on academic standard and strengthen their training in theological education. Currently the BM theological education is developing faster than the Iban’s. MTS is recruiting the 1 st batch of the BM short term mission school student in 2017.

Q: What is your view on SCAC’s Central Pooling Mechanism?

A: This mechanism is our valuable resource. We may also make some changes should the needs arise.

Q: Can you talk about your plans for the future?

A: The vision is to have a unified church. In the three days of fasting and prayer, I came up with the “10 items of God Can” of the Church for the next four years, and I would like to share with my brothers and sisters. This “10 items of God Can” can be divided into two parts, namely Love God and love neighbors. 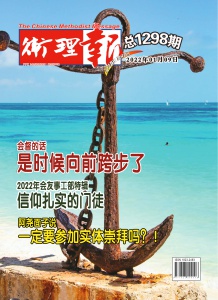