The great east to west influence
of Methodist higher education

Opposite the Discipleship Ministries headquarters building in Nashville is the building for the Methodist General Board of Higher Education and Ministry. There are a total of 117 colleges and universities associated with the Methodist church throughout the US, 4 of which are located in the state of Tennessee. In addition to academic pursuits, they also care about the spiritual growth of students.

In Tennessee there are a number of Methodist colleges and universities, here we will introduce 5 of them:

1. Tennessee Wesleyan University (TWU)
TWU was founded by the United Methodist Church in 1857 at Athens, Tennessee. It was originally a women’s college and changed its name a few times. A branch campus is located in Knoxville where evening classes are offered. The school has around 1100 students.

3. Meharry Medical College
Meharry Medical College was founded in 1876 as the Methodist Episcopal Church’s earliest training center for black medical workers. There is a touching story behind this college. In the 1820s, a 16-year-old white man Samuel Meharry (1810-1898) encountered some difficulties while pushing a cart to deliver salt. At night he stayed in the house of some recently freed black slaves and received the help he needed. 40 years later, he gave to a fund of the Methodist Episcopal Church to start a medical department for black people at the Central Tennessee College. In 1876 a medical college under his name was founded. Today there are around 800 students.

5. Vanderbilt University
East Malaysians may be more familiar with Vanderbilt University in Nashville. Former SCAC president Rev Deng, English teacher Wong, and famous acupuncturist Dr Ling were all students in the 1960s to 70s. The university was founded in 1873 by the 79-year-old American railroad and shipping magnate Cornelius Vanderbilt (1794-1877), who donated 1 million dollars. At the time, Vanderbilt’s second wife’s cousin went to New York to seek medical treatment and was staying at his home. This cousin Amelia Townsend’s husband was the bishop of the Methodist Episcopal Church, South, Rev Holland Nimmons McTyeire (1824-1889). He was the main promoter of the university, choosing a piece of land in Nashville and personally supervising the building and the recruitment of students in 1875. Bishop McTyeire also planted many trees that have become part of the university campus today. In the first 100 years, thanks to abundant financial resources, Vanderbilt was one of the most famous universities in America, becoming one of the Ivy League schools, and is called the “Harvard of the South”. Due to some philosophical disputes, the Methodist Episcopal Church withdrew from the administration board in 1914. In 1938, Vanderbilt merged with George Peabody College and Scarritt College (which trained Christian workers, later closed in 1988 to become the Scarritt Bennett Center for retreats and conferences) to become a more diversified university. Today the school has around 12,000 students. Wong recalls going to classes with Ling in Vanderbilt, but often going over to Scarritt College to play ping-pong. Muriel Caldwell Pilley (1907-2002) lived in Nashville after returning to the US from Sibu, and she often invited Sarawakian students to her house and to join the services at the local Calvary Methodist Church.

Women’s Colleges in China named after McTyeire
A giant portrait of Bishop McTyeire, who helped found Vanderbilt University, is displayed within the university. But there is also a women’s college in China that is named after him. In 1848 the Methodist Episcopal Church went to Shanghai, where in 1879 Young John Allen (1836-1907) founded Buffington Institute and Kung Hang School in Suzhou and Anglo Chinese College in Shanghai.

After founding the Anglo Chinese College, in 1890 Young John Allen and missionary Laura Haygood founded McTyeire School to the west of Moore Memorial Church. In March of 1892 it was officially opened as the first school for Chinese women. Young John Allen brought the Western women’s education model into China. The system was 10 years of education, teaching the subjects of arithmetic, geography, and religion among others as long as the students were able. They were all taught in English and religion was a compulsory subject. There were only 5 students in the beginning, but as time passed, the number of students increased, mostly from rich families in Shanghai. McTyeire School also became the place for daughters of upper-class rich families to receive an English education before they went overseas to study, hence it was also known as the “noble school”.

Cultivating many talented young women
The 3 widely influencial Soong sisters, including Madam Sun Yat Sen, Soong Ching-ling, and her sisters Ai-ling (Madam H.H. Kung) and Mei-ling (Madam Chiang Kai-Shek) all studied in this school. In 1912 a special class was opened to admit married women. In the Chinese lyrics of the school anthem, the name McTyeire is not mentioned, however the English lyrics use “Old McTyeire” to refer to the school.

As the political landscape shifted, in 1952 McTyeire School merged with St Mary’s Hall (founded by the Anglican Church in 1851) to become Shanghai No. 3 Girls’ High School. It was the only public high school for girls in Shanghai. In 2000 the junior high and senior high classes were separated. McTyeire School cultivated many talented women. Besides the Soong sisters, there were also Shun-wen Wu: prominent Taiwanese businesswoman, Deng Zhi Feng: politician in Oregon, US, Zhu Li Lan: scientist and Chinese politican, Zheng Pei Pei: actress, Shen Dian Xia: the late beloved actress and entertainer. Many talented women also came from the original St Mary’s Hall, among them the most famous being the writer Zhang Ai Ling. 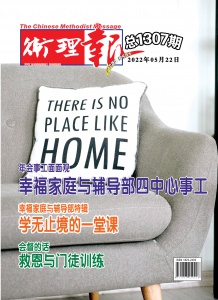